Microsoft wants Radiant Silvergun on XBLA, dev "thinking about it"

06 January 2009 | By Simon Priest
Treasure CEO Masato Maegawa has revealed in an interview with Gamasutra that Microsoft has requested they work on bringing the 1998 cult classic to XBLA.

An arcade original, and released on SEGA Saturn in Japan, it picked up quite the following despite never being released in the west. It's "not as simple as just saying" okay though.

"I think we'd definitely like to see it out there. But the situation around that game is a bit different from Ikaruga, so I don't know if we'd see it on" Xbox Live, says Maegawa.

"Microsoft actually asked us if we could put it out," he says. "We're thinking about it, certainly, but it's not as simple as just saying 'OK, let's put it up.' I mean, sure, with Ikaruga, we released it as-is without having to do or add a great deal to the game, and it was popular and well accepted for what it was."

"But if you play Radiant Silvergun nowadays, it's certainly aged in assorted ways, and I'm not sure they're all good," he adds, laughing.

Click here to read the full interview between Masato Maegawa and Gamasutra. 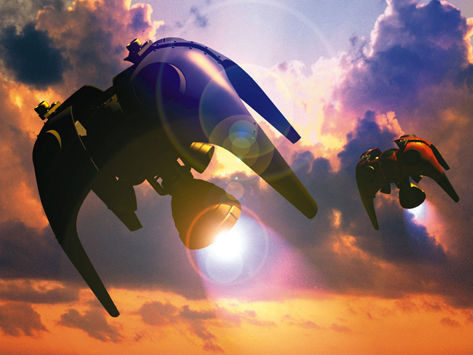