06 August 2009 | By Jamie Davey
Eidos And Warner Bros. confirmed today that the PC version of Batman: Arkham Asylum will feature Nvidia’s PhysX tech, which has allowed Rocksteady to develop the creation of incredibly realistic worlds full of interactive materials and objects.

Also confirmed was that the PC version won't be released in Europe until 18th September and 15th September in North America. Console platforms are still set for 25th August. 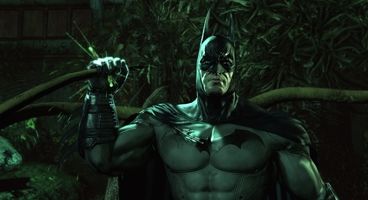 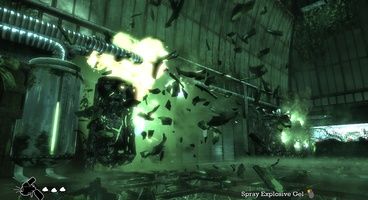 Eidos Interactive, Warner Bros. Interactive Entertainment and NVIDIA Corporation today announced that the Games for Windows LIVE release of forthcoming DC Comics-licensed videogame, Batman: Arkham Asylum, will feature NVIDIA® PhysX® technology, which allows for the creation of incredibly realistic worlds full of interactive materials and objects. As a result, PC gamers will get to experience intense realism and fully immerse themselves in Batman’s journey into Gotham City’s asylum for the criminally insane.

Hardware accelerated by supported NVIDIA GeForce GPUs, PhysX technology provides an even deeper level of engagement for players of Batman: Arkham Asylum by utilizing the processing power of the NVIDIA GPU to render stunning in-game physics objects in the environment that not only add to the overall look of the game, but create an immersive and believable world.

With PhysX technology enabled, players can explore darkened corridors packed with volumetric fog which reacts to Batman’s movement and cobwebs which tear with his passing. Combat becomes a maelstrom of motion as office papers are thrown into the air alongside soda cans and litter as Batman lands each punch upon The Joker’s henchmen. Throughout the game, the decaying gothic architecture is realized to an incredible detail with wall tiles chipping and breaking, stone pillars crumbling upon impact, and particles from breaking glass and debris shattering and falling down around Batman’s feet.

“Supporting NVIDIA PhysX technology has allowed us to add that little bit extra to the PC version of the game,” said Sefton Hill, Game Director at Rocksteady Studios. “As Batman interacts with the world, the aging asylum creates a more immersive, believable world which really draws the player in.”

Batman: Arkham Asylum™ exposes players to a unique, dark and atmospheric adventure that takes them to the depths of Arkham Asylum – Gotham City’s psychiatric hospital for the criminally insane. Gamers will move in the shadows, instigate fear amongst their enemies and confront The Joker and Gotham City’s most notorious villains who have taken over the asylum. Using a wide range of Batman’s gadgets and abilities, players will become the Invisible Predator and attempt to foil The Joker’s demented scheme.

The NVIDIA PhysX development platform consists of a robust physics engine, API, and middleware designed to give developers and animators unprecedented creative control over the look of their final in-game interactivity by allowing them to author and preview physics in real time. To take advantage of PhysX technology in Batman: Arkham Asylum, players must have a compatible NVIDIA GPU and a copy of the Games for Windows LIVE version of the game, which will be available beginning September 15th, 2009, in North America, and September 18th, 2009, in Europe and Australia.

Eidos is the creator of some of the world's leading videogame properties, consisting of several development studios including Crystal Dynamics, IO Interactive, Beautiful Game Studios, Eidos Game Studios, Eidos Hungary and Eidos Montreal, plus sales and distribution offices in Europe and the US. The Group has a valuable portfolio of intellectual property including: Tomb Raider™, Hitman™, Deus Ex™, Championship Manager™ and Just Cause™. Eidos is a wholly owned subsidiary of Square Enix Holdings Co., Ltd.