2K Games: Bioshock has the potential to have five sequels 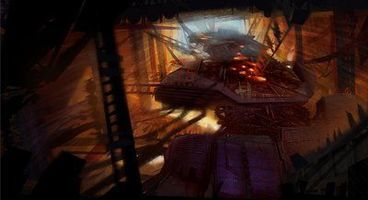 Global President of 2K Christoph Hartmann told MCV that the Bioshock series has the potential to have five sequels, referring it to Star Wars, but promises that the publisher won't use the franchise as a "cash cow".

"Some of the mega-franchises we talk about only lasted ten years because companies took five years to ship a game. Look at Duke Nukem. It's been a great franchise for 20 years, because it seems like it’s been in development for 20 years." Hartmann said.

"For Bioshock, because it’s so story driven, the question obviously arises: how long can you do it without turning into The Matrix? The first Matrix was great, the second one was weird and the third one, you thought: ‘Who (making this) is on crack and who isn’t?’. “But, then again, look at Star Wars. It’s a fight between good and evil, just like Bioshock. If we spin it the right way and get the right twist of innovation, we can make six parts of it, as Star Wars did.

"But we have to be careful not to cash in. I won’t name the company, but there was a great racing game years ago. They brought it back year-on-year. If you look at the scores, it’s hard to believe what they’ve done to it. It’s upsetting, actually."

Bioshock 2: Sea Of Dreams will be released later this year for the Xbox 360 and PlayStation 3.