Patch on way for LittleBigPlanet, hopes to "resolve many" mishaps

09 January 2009 | By Simon Priest
A jumbo patch was released for LBP before Christmas that fixed a lot and improved other stuff along the way, but not all was well.

More troubling were the problems the Metal Gear DLC seemed to be causing for users which included save data falling down bottomless pits and other DLC missing in action.

SCEA's Mark Valledor has confirmed though a patch to fix the problems with the v1.07 update is on its way. For those experiencing the 'Full Profile' bug, he offers a quick fix:

"For those of you experiencing the 'Full Profile' message, since the issue revolves around the amount / complexity of the community objects in your Popit tool, for now your best bet is to delete a chunk of unwanted objects from your inventory."

As for the patch itself, he blogged: "All of your input on the forums have been a great source of information and you’ll be glad to hear they’re hard at work on a patch for the 1.07 update that should resolve many of the issues that have been reported. We’ll have further news on this patch once we’re a little closer to it being ready."

DLC updates are expected to return "on Jan 22 with a lot of new stuff, returning stuff and big surprises." 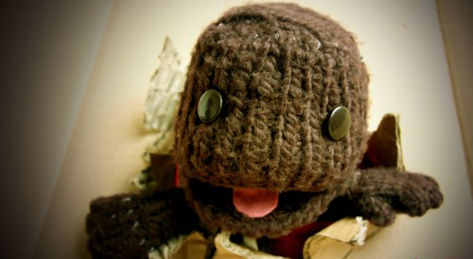