Creative's studio director Mike Simpson says it all linked with the console life cycle, when they first release the PC takes a hit but eventually "things tend to shift back" the other way.

"I don't think that for PC strategy games... I don't think it's a threat," Simpson said, speaking with GamesIndustry.biz.

"There's certainly no sign from our franchise that's happening. We're always looking at ways to expand it, rather than working on an assumption that it's going to decline."

"It is quite a complicated issue, and some of it's related to the whole console life cycle as well - when a new generation of consoles comes out, PCs suddenly look quite unfavourable by comparison."

"But three of four years later, when you compare the price of a PC with the price of a console, suddenly you're getting more power for your money with a PC, and things tend to shift back."

"That's happened with all the previous generations - so I think there is a natural cycle," he added.

The studio bigwig also expects other genres to migrate back to the PC over time and be stronger for it as the consoles start to lose their appeal once again. Creative Assembly are developing Stormrise which is a console real-time strategy title and releasing this year.

According to SEGA Stormrise will employ a "simple yet effective control system tailored specifically for consoles, which allows easy unit selection, rapid navigation and precise deployment." We'll see if that's a big fib or not when it releases.

"It may well be driven by first-person shooters than strategy," continued director Simpson, "but I think both of them will do better on PC than on console as time goes on, and the console fades back."

"You'll start seeing games that just cannot be made on console, and can only be made with the power of PCs." I'm surprised an ad for the Pentium I7 processor didn't slip in there, oh wait, it just did! Damn soulless advertising executives ruin everything. 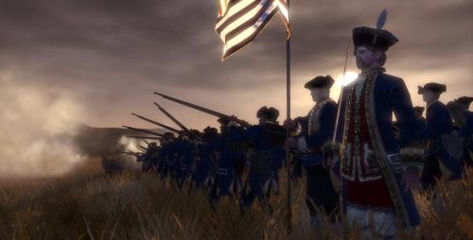