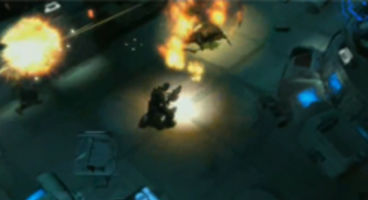 Alien Breed Evolution is the digital download remake of their past glory, Alien Breed. It's coming first to Xbox Live Arcade December 16th.

Both a PC and PS3 version must wait until next year, first and second quarter respectively. It "made perfect sense" to go to Xbox 360 first.

"To be honest, because of the success we had on the 360 with Worms, it made perfect sense to approach Microsoft with Alien Breed first," Team17's Mark Baldwin told GamerZines in an interview, reports Eurogamer.

"We were considering the episodic approach and wanted to talk to people who had experienced it, and Microsoft were really good. We had some great discussions and things just moved on from there." It's being released as an episodic triology by Team17.

It's a remake of the classic Amiga top-down, co-op shooter. Check out the trailer.