10 September 2009 | By Simon Priest
So in love with DC Comics, its characters and mega fan base is Warner Brothers that they've decided to form a dedicated team to deal with films, TV, games and more.

DC Entertainment is tasked with thrusting everything DC into the future, to "maximize every opportunity" to bring its worlds and characters "to life." This follows Disney's buyout of Marvel.

"The founding of DC Entertainment fully recognizes our desire to provide both the DC properties and fans the type of content that is only possible through a concerted cross-company, multi-platform effort," said Diane Nelson, boss of newly formed DC Entertainment.

"DC Entertainment will help us to formally take the great working relationships between DC Comics and various Warner Bros. businesses to the next level in order to maximize every opportunity to bring DC’s unrivalled collection of titles and characters to life."

DC Comics President Paul Levitz, now out of that role, is going back to what he loves most. "After so many roles at DC, it’s exciting to look forward to focusing on my writing and being able to remain a part of the company I love as it grows into its next stage," he said.

"It’s a new golden age for comics and DC’s great characters, and I hope my new position will allow me to contribute to that magic time." Disney's $4 billion buyout of comic rival Marvel like had Warner Bros nervous, and so this is their response - assume, empower DC Comics.

Are the Disney and Warner moves something good for the comic universes? 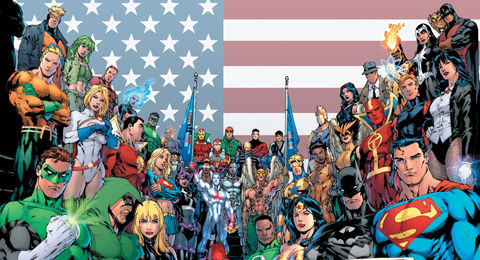