11 September 2009 | By Simon Priest
Guitar Hero 5 has late Nirvana man Kurt Cobain banging out tunes, and this has Courtney Love incensed, big time. In fact they're "going to sue the shit out of ACtivision" for it.

Love twittered that this "Guitar Hero shit is breach of contract" and she and others who control the Cobain Estate are furious. Dave Grohl and Krist Novoselic say he "deserves better."

"The name and likeness of Kurt Cobain are the sole property of his estate— we have no control whatsoever in that area," former Nirvana guys Dave Grohl and Krist Novoselic said.

"While we were aware of Kurt's image being used with two Nirvana songs, we didn't know players have the ability to unlock the character. This feature allows the character to be used with any kind of song the player wants. We urge Activision to do the right thing in 're-locking' Kurt's character so that this won't continue in the future."

"It's hard to watch an image of Kurt pantomiming other artists' music alongside cartoon characters," they continued. "Kurt Cobain wrote songs that hold a lot of meaning to people all over the world. We feel he deserves better."

Meanwhile the twitterings of Courtney Love have been much less 'diplomatic' toward the publishing giant., with one of her latest reading: "...Activision has made thier press release, we shall make ours and we shall seek acyive damages against these fuckers".

"FOR THE RECORD I DID NOT APPROVE KURTS AVATAR FOR GUYITARHERO5. i think Kurt would despise this game alone let alone this avatar"

"now theyre just LIQUIDATING kurt and IM THE DEVIL? I HAVE NOTHING TO DO WITH GUITAR HERO I LOATHE IT AND FIND IT ODIOUS KURT WOULD HAVE TOO"

Naturally this is going to get very ugly and much, much less diplomatic as time goes on. Love sold a 25 percent stake in Nirvana for $50 million back in 2006. At the time she told fans, "We are going to remain very tasteful and true to the spirit of Nirvana while taking the music to places it has never been before." Aren't music videogames one such place? 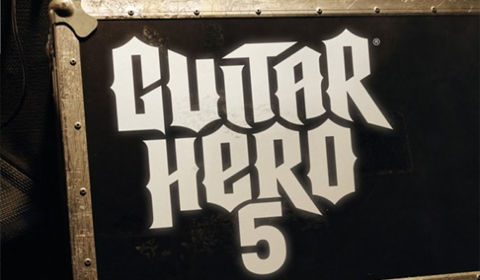