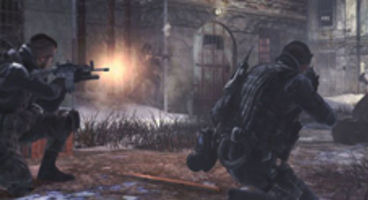 BBC reporter Marc Cieslak has commented he's not shocked by the level, just "a little bit saddened." Thinks it's quite a childish inclusion.

Thought the games industry "had moved beyond" controversy for controversy's sake. The whole thing wasn't necessary to have in there.

At least Cieslak didn't claim to be 'disturbed' and emotionally wracked by the whole thing, when speaking with BBC Radio 4. "Oh not at all. I've played an awful lot of games and watched an awful lot of movies," he said.

"I wasn't shocked by it but I felt a little bit saddened. I thought the games industry had moved beyond shock tactics for shock tactics sake. And that's what I thought about this particular level: it was controversial for the sake of being controversial. I didn't think it necessarily needed to be included in the game," he continued on.

Call of Duty Modern Warfare 2 has released for Xbox 360, PS3 and PC. Have you been 'saddened' by the airport level, or is it no matter of concern for you videogamer?