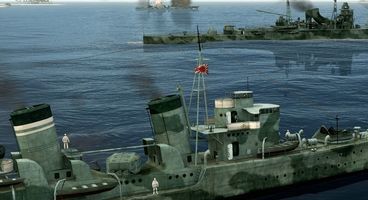 Eidos Interactive today announced that Battlestations: Pacific is set for release in North America on May 12th and May 15th across Europe and Australia.

Expanding upon the intense, strategic combat of the first title, players can take to the skies and seas through two massive, action-packed campaigns across 28 missions, featuring some of the most decisive naval battles in history.

An historically accurate US campaign puts players in command of the US Navy’s Pacific fleet through the Battles of Guadalcanal and on to Iwo Jima, Okinawa and victory. For the first time, Battlestations offers players a chance to rewrite history, playing through a Japanese campaign as the Imperial Japanese Navy from Pearl Harbor and on through Asia, Australia and beyond, expanding its empire throughout the Pacific rim.

Battlestations: Pacific takes the battle online with a massively enhanced multiplayer experience, offering five new and innovative co-op and team-based modes for up to eight players. ‘Siege’ and ‘Duel’ offer an all-out action experience, allowing players to control a selection of war machines as each side battles to turn the tide of war; joining forces for ‘Competitive’, players compete side-by-side against the opposing AI forces; ‘Escort’ allows for a mix of action and strategy, with players escorting or attacking a key naval unit as it heads to its destination; and ‘Island Capture’ offers a compelling strategic experience, with players not only battling for supremacy of the seas, but capturing and controlling the island archipelago. 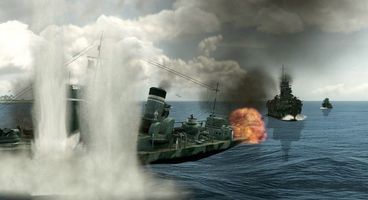 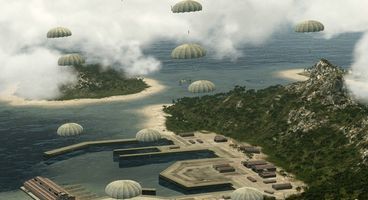 “With over 100 authentic air, sea and undersea units, a compelling mix of action and strategy and an extensive multiplayer game, Battlestations: Pacific lets players participate in the Pacific conflict like no other game before it,” said Lee Singleton, General Manager of Eidos Game Studios. “With direct control over fighters, bombers, kamikaze planes, destroyers, aircraft carriers, submarines and many more, including powerful prototype units, they will experience a level of immersion that truly brings the conflict to life.”

Battlestations: Pacific will be released for the Xbox 360 and Games for Windows.