12 March 2009 | By Simon Priest
Bill Roper from Cryptic has said the team are still working on a console version of the superhero MMO Champions Online, and PC is coming first.

He notes the consoles are "just hungry and perfect" for the MMO scene to arrive and Cryptic are battling to ensure there's "nothing to prevent" them from the making the party.

"When we take the game to consoles, we'll have to redo the UI so that it works. Fortunately we designed the game with consoles in mind, so there aren't any mechanics which won't work," Bill Roper told Eurogamer.

"All I know is it's coming out first on the PC," he continued.

"We really, really want to bring it out on console, the consoles are just hungry and perfect for an MMO, and we've done a lot of work to ensure that there's nothing to prevent us from doing that. It's an area beyond my control at this point, I just work on the game."

While an Xbox 360 version is known to be in the pipeline over at Cryptic, a PS3 version however is left shrouded in rumour. Are superhero MMOs more your thing than lands of elves and orcs? 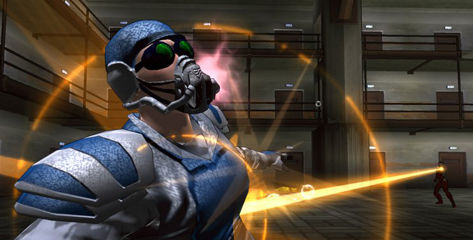