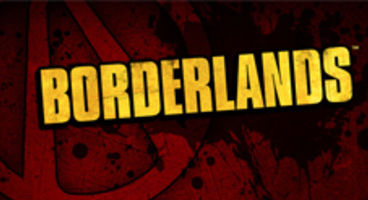 Mike Neumann is Creative Director at Gearbox Software, he's also dished that they're pretty much going to make more out of the new IP.

Right now though any talk of a sequel to Borderlands is pure "water cooler talk", with the game consensus as one of "praise and love."

"Yes, I can probably confirm that there's a chance of a Borderlands 2," creative boss Neumann told VG247 in an interview. "I mean, with anything, especially a new IP, if people want more and you can make more, and everybody can make money and do good business there, it obviously makes really good sense to do that."

"Obviously nothing so far is planned. We're working on DLC. We haven't really had any talks about a sequel, other than water cooler talk like, 'Wouldn't this be cool' kind of stuff." The first piece of which is 'The Zombie Island of Dr. Ned', full of the undead.

"But yeah, Borderlands is really exciting. Everyone here loves the franchise, and it seems like the public is really coming back with praise and love. So yeah, if everything makes sense, Borderlands 2 seems like a no-brainer to me," continued Neumann.

Borderlands is available on Xbox 360, PS3 and PC. It's got a unique art style to it, which when coupled with zillions of generated guns and random levels, gives a real strong RPG romp on an alien world. It also comes with online co-op for four people.

We've already sampled its Pandora wares on Xbox 360, and gave our thoughts.