13 January 2009 | By Simon Priest
The planned DLC, of which both are exclusives for 360, was scheduled for Christmas but got delayed. Now both are due this month?

GameStop list an "Expansion Token Pack" for Underworld and describes it as containing "2 XBox Live Market Place Cards." The episodes should total 1600 MS points over Live ($20).

That's if the cost of the token pack and DLC over Xbox Live stay relative. The two episodes will no doubt be available separately over the marketplace, where there's little choice if you buy it at the shops. "Beneath the Ashes" and "Lara's Shadow" are the two episodes planned for release.

No official word from Eidos yet. 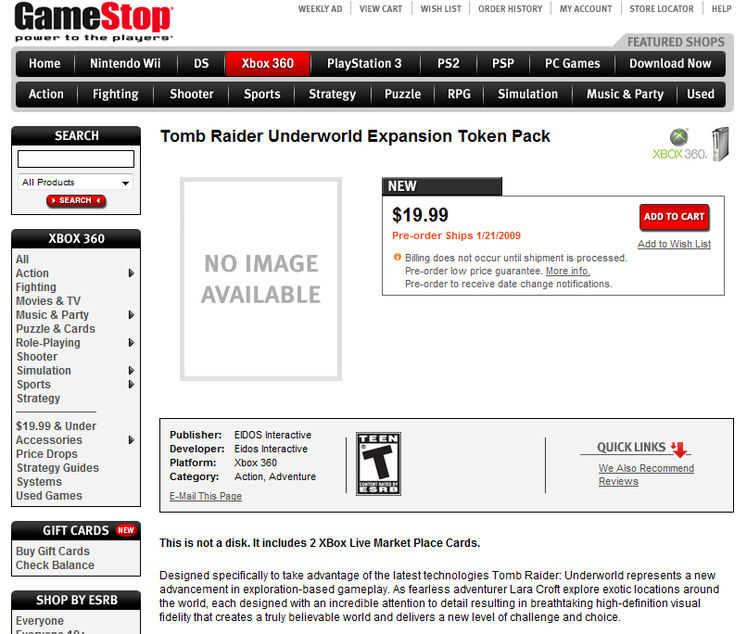