13 January 2009 | By Simon Priest
Wedbush Morgan's analyst Michael Pachter has predicted in his NPD preview report that Sony will in fact be making a PS3 price snip this spring.

He's plucked the notion that Sony will reduce the console by around $100, but so far the corporate giant has been adamant no price drop will be coming. Another 360 drop too?

"Once the PS3 is at a more affordable price point (we expect a cut to $299 in April), we think that sales of that device will once again begin to grow," said Pachter.

"We expect another cut in price for the Xbox 360, with the feature-laden Pro model likely to come down in price to $249 at or before this year's E3 show in June."

Last year some employees were in hot water as leaks of a possible price cut for the PS3 this spring surfaced on the web, something Sony denies was ever an option for the company.

Recently they mocked their rivals as "peddling add-ons" and that the PS3 was the best value for money entertainment system in existence right now, saying you get "ten years of value with a future-proof system via firmware updates that offer new services and features."

A drop seems unlikely this early in the year unless Sony gets anxious over the Xbox 360. 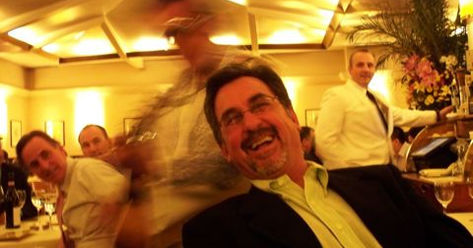 Michael Pachter: Off his meds, or on the pulse?