13 May 2009 | By Simon Priest
Fans of Infinity Ward's upcoming sequel to Call of Duty 4: Modern Warfare should have spare underwear on standby, US mag Game Informer has the intel.

Across 10 glorious pages, the US mag reveals the game will be 'vacationing' in Russian snow tops, Afghan deserts and Rio de Janeiro streets. It's "wide open" and sports co-op.

"In terms of the story... well, any good story is on rails," said Infinity Ward's Jason West. The plot continues after the death of Russian ultranationalist Zakhaev, where the new bad guy, Makarov, uses that untimely end as an excuse to be mean to the world.

Gamers will have to put up with naff intelligence too, meaning objectives during the mission are likely to evolve as you go along - typical useless pencil pushers. Modern Warfare 2 will also include Special Forces co-op mode, "in the spirit of Mile High Club".

The levels were purposely built with two-players in mind, co-op play "made a lot more sense here," said West. You can expect something big in multiplayer terms as Infinity Ward enjoys "making people famous" after all.

The team are also hard at work keeping away niggles from the first game, like enemy respawning, and West reveals they were "very happy with Modern Warfare 1 and the length of it". How about you, were you happy with it? 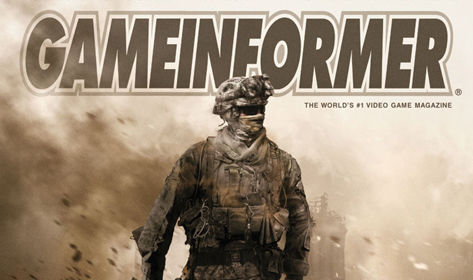