14 September 2009 | By Simon Priest
Rejoice PC gamers because you'll be getting Map Pack 3 goodness this week when the 1.6 patch goes live for PC's Call of Duty: World at War; three brand new maps for all.

Technically four if you want to include the new Nazi Zombie map, which takes place in a secret facility. It's a patch so things like "various crashes" get fragged; always a good thing.

"Additionally, we do expect a concurrent release of the Mod Tools 1.4 package, Linux dedicated 1.6 bins, and the Steam 1.6 day-of-date with this patch. More details on those will be made available once they get cleared through testing."

See below for a full list of changes coming with patch 1.6 this week. 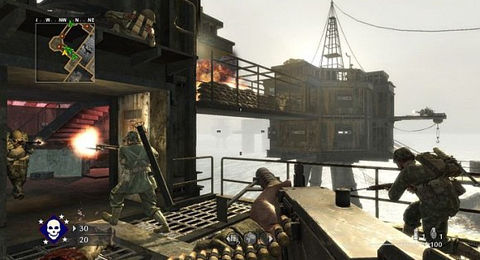 • Fixed S&D round counting error when roundlimit is reached.

• Starting the game in Safe Mode will no longer toggle the “Soften Smoke Edges” graphic option.

• Mods: Client will no longer join a modded Co-op server via Game Invite unless they have that mod loaded.

• Mods: Client running a mod will be asked to unload the mod if they attempt to join an unmodded server.

• Mods: All singleplayer levels can now be run with a mod loaded.