Microsoft: There's 'no need' for next Xbox yet, Natal like 360 launch

14 September 2009 | By Simon Priest
Phil Spencer of corporate giant Microsoft has said they'll continue to wait until their experiences are "at the right point" before starting the Xbox 720; everyone not ready yet.

In fact Microsoft see Natal's arrival "as like the launch" of the Xbox 360 back in '05, minus the hiccups I'm sure. As for the next-gen of console hardware, "what else can we do?"

"Do we need to sell a new console at some point? I don’t think we need to right now," Spencer tells Develop. "We’ll wait until our experiences are at the right point, like we have done with the Natal camera. We’ll wait until everyone is ready for it from a software perspective."

Natal is seen "as like the launch of the Xbox 360 back in 2005 - there will be a launch portfolio of games to support it," added the executive. Project Natal is due for release in 2010.

As for the traditional model of upgrading everything with a new console launch, Microsoft is questioning the mindset. "In terms of putting more hardware on the market, what else can we do? Put more memory in it? I don’t think that’s enough," he added.

A much higher capacity disc wouldn't go a miss for sure, a complaint some developers are beginning to get louder about. Disc swapping is 'uncool' in this digital age Mr Spencer.

What features would you want from an Xbox 720, and what do you expect to get? 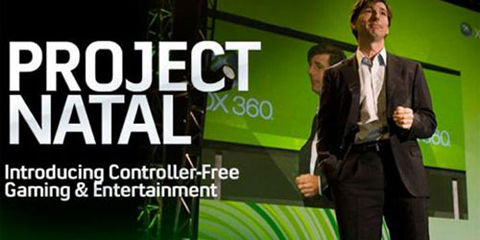