15 April 2009 | By Simon Priest
According to a press event in Tokyo, SEGA will be supporting this "truly epic title" for the next ten years across multiple platforms.

End of Eternity will be releasing this fall on Xbox 360 and PS3, and features a band of young twenty-somethings taking on a military-industrial mega city. Sequels are more than likely.

"At the SEGA press event today in Tokyo, it was excitedly stated that End of Eternity was a "truly epic title" and this was a title SEGA will support for the next years," reports Kotaku.

You can just feel the pent up angst from the shot below... 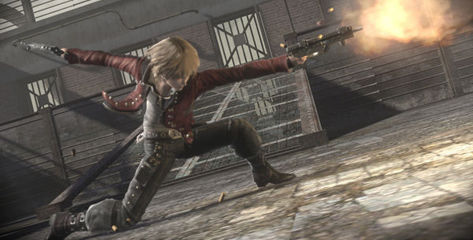