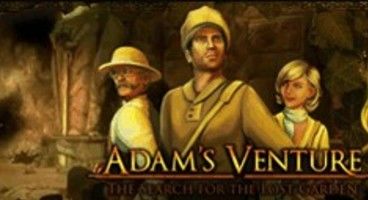 Iceberg Interactive today announced that its acquired the worldwide publishing rights to the episodic PC and console action adventure game, Adam's Venture: The Search for the Lost Garden. Set during the 1920's, Adam’s Venture takes you on a journey of discovery to find the legendary place of the beginning of mankind, the lost Garden of Eden. The game is set for release in Q4-2009.

Erik Schreuder, CEO of Iceberg Interactive says: “The use of the Unreal Engine 3 has allowed Vertigo to create a stunning looking game with unique gameplay elements that bring a whole new dimension to adventure gaming. The episodic nature will surely bring gamers back for more.”

Richard Stitselaar, CEO of Vertigo Games explains: “With the Adam’s Venture series we want to tell a compelling story, and we want to do it right. We’ve worked hard to create a world for the player to immerse himself into, and with ‘The Search for the Lost Garden’ I think we’ve succeeded.”