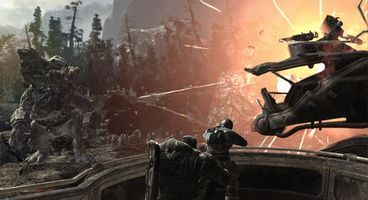 Gears of War 2 global product manager Guy Welch has today announced that the gore-infested shooter has sold well over four million copies in its first two months of release.

A major success for Epic, this figure is double that of the first game, which sold approximately two million copies in this time.

Welch said, "The original Gears of War was the fastest-selling next-generation game of 2006, selling more than 2 million units worldwide that Holiday, and now well over 5 million copies sold to date."

"With Gears of War 2, the game has sold over 4 million units in the first two months, doubling the pace of the original."