17 March 2009 | By Simon Priest
It would appear Black Isle's Fallout: Brotherhood of Steel was going to get the sequel treatment reveals design documents, but got binned.

The PS2-exclusive was to be due sometime in quarter four 2004, it would have turned more to the franchises roots with quests and character development closer to the original Fallout.

Fallout: Brotherhood of Steel wasn't received all that well by critics or fans, but Black Isle seemed determined to clear its name and prove it had that Fallout magic still - but it got drop kicked into the trash.

Interestingly a portable nuke launching weapon named the "Fat Boy" was planned to make an appearance - of course it did, just not in this game but in Bethesda's Fallout 3.

The third planned DLC for Fallout 3 is named 'Broken Steel' - a tribute to Black Isle maybe? 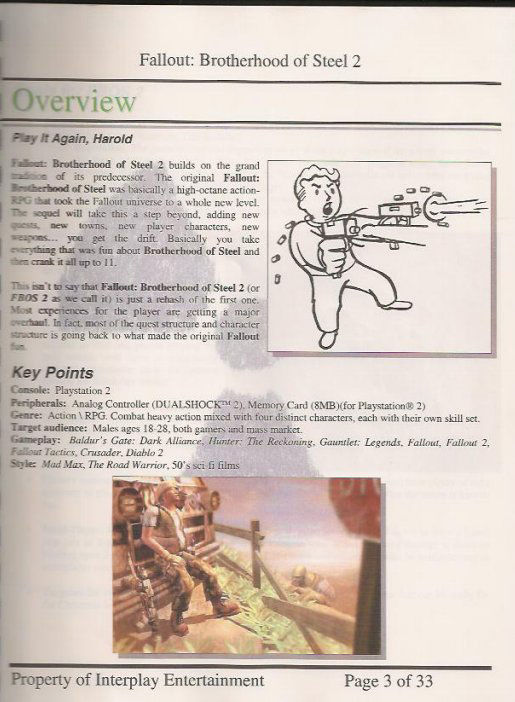