17 September 2009 | By Simon Priest
It seems that the mega bundling of Halo 3, Halo 3: ODST and multiplayer beta access to Halo: Reach with an Xbox 360 Elite, is only going on sale from the PAL region.

This comes after a special hardware bundle for Activision's Modern Warfare 2 was announced, and another recent bundle for Forza Motorsport 3 - each packing a 250GB Xbox 360.

The Halo Xbox 360 bundle doesn't have a 250GB hard drive like the other two, but its grand value can't be denied especially if you’re just thinking of getting the platform. So far it does seem to be on offer only to PAL retailers, though Microsoft is yet to confirm this. 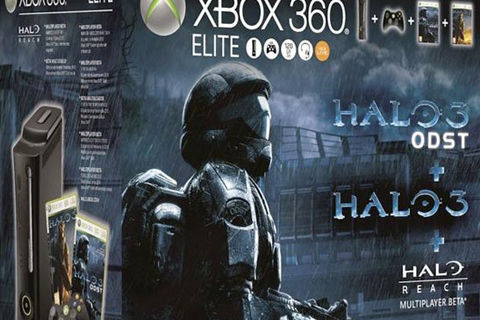