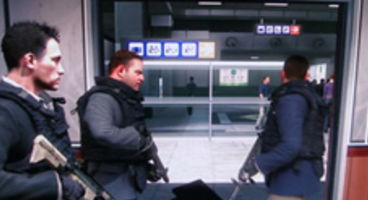 Publisher Activision says Russia has no "formal ratings entity" and that the decision to censor out the airport scene was their own doing.

It came at the "advice of local counsel," reveals Activision. Reports of Russia banning the game "are erroneous," only the PC game on sale.

"Other countries have formal ratings boards that we regularly work with. However, Russia does not have a formal ratings entity. As a result, we chose to block the scene after seeking the advice of local counsel," Activision told Eurogamer.

"Reports that Call of Duty: Modern Warfare 2 has been banned in Russia are erroneous. Activision only released a PC version of the game in Russia which went on sale on Tuesday, 10th November," they continued. No console version is available in Russia.

The airport level has the player 'assist' terrorists in the massacre of innocent civilians, although the scene can be skipped or the player can simply not shoot civilians.