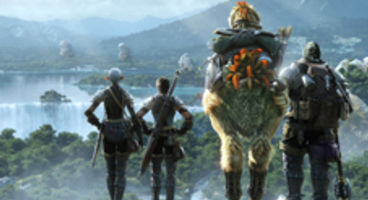 WoW is "a tough competitor" admits the boss, but there's "never been" a studio with a "continuously successful" number 1 and 2 MMO.

"WoW is a tough competitor, but whether you are talking about EverQuest, Ultima or Lineage there has never been a company that has a continuously successful number one and two MMO,” Wada-san told Develop. Beware the sequel, I believe he's saying.

As for whether FFXIV could be a serious rival to WoW, he said “yes, but the flipside is that they are a tough competition.” The Final Fantasy MMO is heading to PC and PS3.

"We believe there is a number of people that will stay attached to each title, but we are optimistic in that sense for Final Fantasy,” he added. It will use monthly subscriptions but also support micro-transactions for those who want more stuff.

“The basic model hasn't changed,” he said. “It's a monthly flat rate service with additional charges for items that users want to buy."

“For FFXI we didn't initially set up the item transaction model that well – although the demand for it was high. We thought that it would be a benefit for users, but that we wouldn't be able to charge."

"We soon learnt that there are a lot of people who want that kind of model, so we would like to introduce more pay-as-you-use items into the game. But there were too few items in FFXI – however we don't want to take it to the other extreme entirely for FFXIV."

"And also with regards the game design, FFXI was based on parties and playing in groups – but of course that means the advantage is players cannot play alone. So to formulate a party you needed to find a player with a similar skillset, yet it's not always easy to find those kinds of players," Wada-san explained.

"In FFXIV we have made that part much easier - so people can enjoy much more on their own. We've made it easier in that way.” Looking forward to the new Final Fantasy MMO?