18 June 2009 | By Simon Priest
CEO Brad Wardell of Stardock Games has said the new Microsoft operating system amplifies a principle of theirs, thanks to the new WARP feature.

"We want the game to look incredible on high-end systems, but I want people to be able to play this on their three-year-old laptop on the airplane," he said, which WARP helps accomplish.

"One of the things that comes up often is, 'How has Stardock made so much money on these niche games?' Well, because our games run on millions of boxes."

Stardock are in no hurry to start peddling out DirectX 10 or 11 games, only when they're sure they've become the overwhelming majority will a switch be made.

"The developer can still build the same features into their game, and that's what we've been doing with our engine. You don't need DirectX 10 or 11 to do that lighting;" he continued, "you just don't have to write the code to actually make use of those features."

Windows 7 is expected to go retail this October 22nd, and is widely reported as steps above and beyond Windows Vista - correcting numerous mistakes made. It's got thumbs up from Stardock. 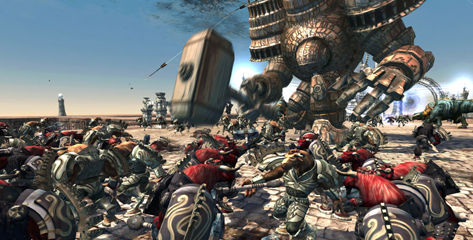 No DX10 for you until Vista conquers the globe