18 August 2009 | By Jamie Davey
CCP today revealed DUST 514, a console-based hybrid MMO/FPS set within the EVE universe. The announcement was made during a keynote address by CCP CEO Hilmar Veigar Petursson at the Game Developers Conference in Cologne, Germany.

This will be a console exclusive, no PC version has been confirmed.

Here's the details from the press release:

DUST 514, featuring first-person shooter and RTS-style gameplay, will interact directly with EVE Online, CCP’s critically acclaimed flagship MMO. This interplay between the two games opens the EVE universe to console gamers and gives them a chance to become part of one of the most massive cooperative play and social experiences ever.

“We launched EVE Online in 2003 and have experienced steady annual growth– a fact we appreciate as a rarity in the world of MMOs, especially given the global economy of the past year,” said Petursson. “Our success with EVE Online has afforded us the highest caliber global design and production talent in gaming. With a team of the best minds in the industry, we conceived an ambitious new take on virtual world development with DUST 514.” 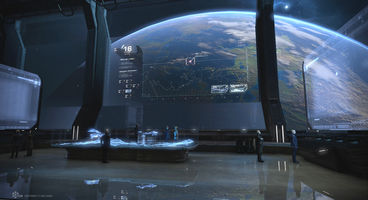 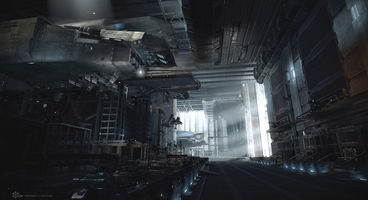 Now entering its third year of production, DUST 514 is the primary development focus of CCP’s Shanghai studio. The team includes veteran designers of EVE Online and experienced talent from various sectors of the video game industry.

“Since opening our Shanghai studio, we have invested in building a team that wants to push the envelope in gaming and be pioneers in the industry,” said Kjartan Pierre Emilsson, Managing Director of CCP Shanghai. “Having led the design and development efforts of the project from start to finish, our studio is honored to call DUST 514 our first title release.”