Pandemic not closing but consolidating, "core team" now at EALA 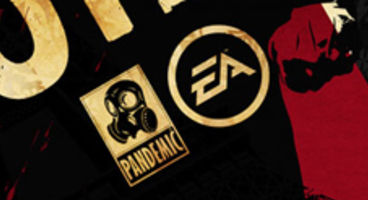 Yes we read the closing down of offices and the laying off of nearly two hundred staff wrong, according to EA's statement on the whole affair.

Pandemic Studios isn't finished with, it's just uprooting all their left over assets to EALA. Its brand and franchises will "continue to live on."

"Pandemic Studios and its franchises will be relocated to the EALA facility in nearby Playa Vista," said EA, reassuring their demise isn't so, reports Shacknews.

"This move has resulted in a reduction in the work force at Pandemic...That said, the Pandemic brand and franchises will continue to live on. A core team of Pandemic developers will move to EALA and continue development on Pandemic games with a focus on quality, cost management and schedule integrity," they added.

Publisher EA has already confirmed 1,500 jobs are to be cut from their global workforce by the end of March 2010, which will save them $100m annually. Back in 2007 EA acquired both Pandemic Studios and developer BioWare for $860m.

Their last game won't be The Saboteur after all, which releases on Xbox 360, PS3 and PC this December 4th. It's about "being a prick to the Nazis," says Pandemic.