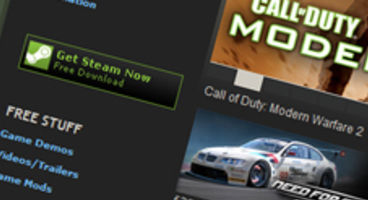 Jason Holtman of Steam has said during the Montreal International Game Summit that digital platforms can get away with 'up and down' pricing.

Promotional weeks for digital titles end, but sales aren't hurt when prices go back up, "people don't care." You can "experiment with them."

"In a connected world with a connected game it's very different and it bucks some of the traditional trends on the way people think about pricing," said Holtman, reports GamesIndustry.biz.

"Fundamentally people thought that with pricing if you ever decreased the price of a product it hurt your future sales and it hurt your product as a whole. Don't ever take a top-end product and go to USD 5-10 because everybody's going to remember and they'll never buy it at the high price again, they'll think it's in the bargain bin."

"But in a connected market prices can be moved up and down without penalty. You can have sales that are dramatically low and bring the price back up and people don't care. They don't care at all. You can do them instantaneously and you can experiment with them," he said.

During Halloween, Valve dropped Team Fortress 2 from $19.99 to just $2.50 for six hours, with no marketing campaign or advertising of any sort. "Our revenue from that weekend jumped up dramatically," he noted.

"When we took the game up back to its full price after we gave away all that free content and gave away lots of copies – tens of thousands of copies – we actually increased the user base and more people came back the following weekend and bought it at full price than we were selling the week before," he went on. It's an interesting departure from retail.

Valve's Steam platform is seen as the premier digital channel, though recently it’s been feeling some heat from gamers over its unlock deadlines for titles. If you get your copy of something early, but it requires Steam to play, then you’re most likely out of luck.

Have you partaken of one of Valve's crazy discount moments, videogamer?