EA is Europe's top publishing dog once more, "a nice place to be" 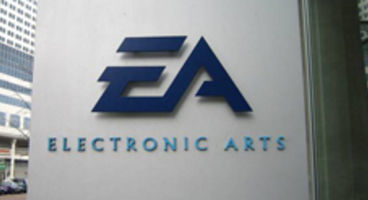 What with all this packaged goods market shrinkage, publisher EA is back on top again as they retake the crown from Nintendo in Europe.

They're "confident" they'll hold out until Christmas. EA are still "a little bit disappointed" though as the market shrivels 10 percent.

“I have to say we’ve been a little bit disappointed. When we were planning 2009 we were looking at market growth of around 5 per cent in packaged goods, but what we’ve seen is a decrease of about 10 per cent," EA's senior VP Jens Uwe Intat tells MCV.

"But, at the same time, we’re very happy because in this shrinking market we increased our share and so now we are back to the leading position again in Europe, which is a nice place to be." Being number one sure is, which is why Nintendo will strike back.

"We actually lost it to Nintendo in 2008 but we’ve gained it back and we’ll have to see if we can hold it until Christmas, but we’re confident we can. Across Europe we’re tracking at about 19 per cent market share, which is two points up."

It's thanks to EA Sports Active, The Sims 3, Need for Speed Shift, FIFA 10 and Dragon Age: Origins that EA is back on the European publishing throne. Long live the King?