Epic Games forks over $70K to "Make Something Unreal" modders

20 February 2009 | By Simon Priest
Phase two of Epic's 'Make Something Unreal' tournament is done and dusted now with the winners receiving cash from development team.

The winning UT3 mods are to be showcased at the Game Developers Conference late next month. Phase three of the contest begins in April, with the deadline falling on May 15th.

Make Something Unreal will eventually pay out $1m worth of prizes, ranging from computers to even being handed a license to the Unreal Engine 3. Moreover this is a fantastic chance for talented people to show their stuff and get snapped up by some studios.

You can enter into phase three even if you've not participated in the previous two. Do you have that modders' gift bubbling inside of you? 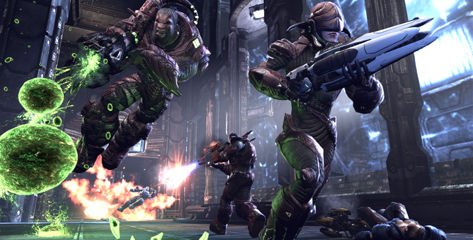