We've had extended hands-on time with both the single-player and multiplayer aspects of the game, so we thought it only fit that we quizzed Pace further on the details of Halo Wars following our interview with Ensemble Studio’s Graeme Devine back in November of last year. 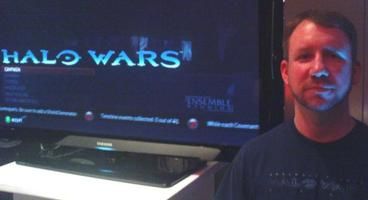 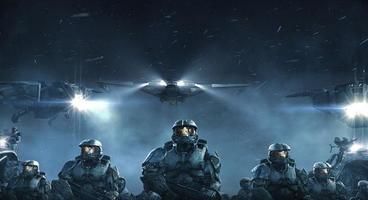 Expect plenty of Spartans but categorically NO Mater Chief

StrategyInformer: First of all, can we start by asking a bit about Halo Wars story?

StrategyInformer: Do you think Ensemble used Age Of Empires as their jump off point when starting work on Halo Wars?

Jason Pace: I would say Ensemble certainly took everything they learnt from Age Of Empires as a template but in addition to needing to redesign the controls and the fundamental game mechanics for the console, they actually had the added task of really pumping up the action and really taking that visceral Halo experience and translating that into a genre, which was something that Age Of Empires has not necessarily done.

StrategyInformer: Were you exposed to the burden of expectation that was heaped onto Ensemble when tasked with turning Halo into an RTS?

Jason Pace: I would say there are two very large burdens we’re working through – one is the Halo fans and first and foremost this needs to be a Halo experience, right? If you play through this game and think, ‘Well, that didn’t feel very Halo’ then we have failed absolutely. So, that was one set of expectations, but we also can’t ignore the strategy fans that are going to play this game. The legions of RTS fans, the Ensemble fans that are going to want to check it out simply because it’s an Ensemble title, so it’s very important that we really nail the core fundamentals of a great strategy game. With those two sometimes-conflicting mandates that we had to figure out how to blend something together that really worked.

StrategyInformer: Do you see Halo Wars ending up on the PC in the near future?

Jason Pace: I would never say never, but we have no plans to take it to the PC, for the same reason that ports from PC to console don’t generally work. The mechanic was changed and tuned for the input device of a control pad and the controls were built all around the console experience, so moving it over to the PC would have us running into these sort of problems.

StrategyInformer: When we spoke to Graeme Devine about the game, he mentioned that there’s some great DLC lined up for post-launch. Can you tell us any more about Halo Wars DLC?

Jason Pace: I can’t talk about any post-launch plans, but I can tell you that we’re looking at the best way to support the title moving forward. There’re a lot of great ideas coming from a lot of folks, but nothing committed yet.

StrategyInformer: We asked this when we spoke to Graeme Devine, but we’re going to ask again anyway. Master Chief definitely isn’t in the game. Do you foresee releasing Master Chief as a downloadable character if fan demand is high enough?

Jason Pace: One of the things that’s important to keep in mind is that we never do anything with Halo content that doesn’t fit our canon and our storyline, so if this game takes place twenty years before Halo 1, Master Chief - I don’t know off the top of my head – I don’t believe he was a Spartan yet, so having him the game probably wouldn’t make a ton of sense. 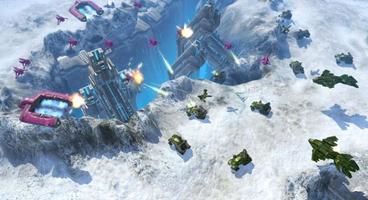 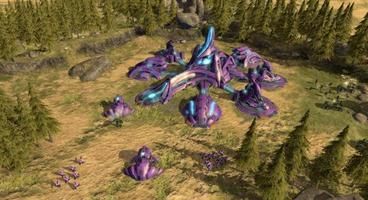 The Covenant bases operate slightly differently to the Spartan bases

Jason Pace: I’m sure most know now that the folks from Ensemble have formed another studio. We have a relationship moving forward with that studio and they will actually be servicing Halo Wars for any critical errors and supporting it moving forward. We would love the opportunity to work with those guys again, although we haven’t committed anything we’d certainly hope – and I speak for many people – that we get the chance to work with them again.

StrategyInformer: What do you make of the feedback you have about the game thus far? Is it mostly what you expected?

Jason Pace: One of the most awesome and most rewarding things that we’ve seen about this particular game is that the reactions from folks who’ve played Halo Wars are very comparable to the reactions we had when they played Halo 3. So almost universally players are coming away validating what we were hoping to have accomplished with the game, and that is that it feels very much like a Halo experience and it’s very satisfying for Halo fans. Also, that it’s surprisingly deep for a strategy game based on the changes that we’ve made. I think there is unexpected depth there from the strategy side that players will experience over time that we really hope will give the game longevity.

I think that it’s safe to say that the majority of folks we expect to play the game will likely be Halo fans first and foremost. There are a good million of them out there and that’s fundamentally who the Halo studio thinks about. That said, we’re always looking to grow our Halo fanbase and this is the ideal opportunity to pick up some strategy fans and hopefully pick up a lot of the Ensemble fans by getting them into a Halo experience that works for them. 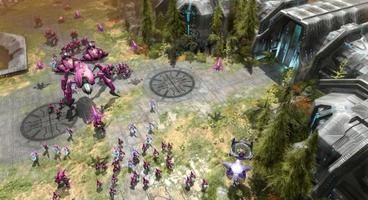 Pace: “If you play through this game and think, ‘Well, that didn’t feel very Halo’ then we have failed absolutely.” 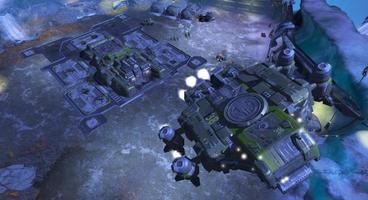 StrategyInformer: It’s quite a leap for an FPS fan to go from his favourite shooter to an RTS. Accessibility and action must have always been the core mandate for Halo Wars.

Jason Pace: Absolutely. You’ll notice when you play through Halo Wars that there is an intense focus right out of the gate on the action and all throughout the game as a matter of fact, we’ve made very conscious and strategic decisions to streamline certain elements of the micro-management that you experience in traditional RTS games in favour of a more action-orientated game. We actually like to call Halo Wars an ‘action-strategy game instead of an RTS because we think that better reflects the evolution of that model.

StrategyInformer: Finally, are you able to tell us anything about Halo: ODST at the moment?

Jason Pace: I can tell you that Halo: ODST is developed by Bungie, it is an extension to the Halo 3 experience but you’ll also undergo the first-person, Halo 3 experience from a different perspective. So, you won’t be playing as the Master Chief and there will be more emphasis on a sense of exploration – but that’s all I can say about that.

Halo Wars is out on February 27th. You can check out our recently published review here.