Also included is access to weapons having only been available during the singleplayer campaigns, the VC1 Flamethrower and the Boltgun 4400. They're up for grabs in the new maps.

Suljeva Cliffside is based just outside on the rocky outskirts of the Suljeva mining village, where Arctower Landing gives avid soldiers a return to the Archtower defences of Blood Meridian.

Found in the Suljeva Cliffside map, the VC1 Flamethrower projects an ignited stream of flammable liquid at high pressure. Consisting of low-octane gasoline and an unidentified component indigenous to Helghan, this form of Napalm is extremely effective for clearing out enemy trenches and bunkers.

Also known as “The Handyman”, the semi-automatic Boltgun 4400 can be picked up in the Arctower Landing map. It uses Cordite to propel metal bolts at an extremely high velocity, often pinning its targets to walls and other objects. In addition, each round contains a time-delayed explosive charge – so if impalement doesn’t finish the target off, the ensuing explosion will.

You can never have enough firepower to do the political talking for you. 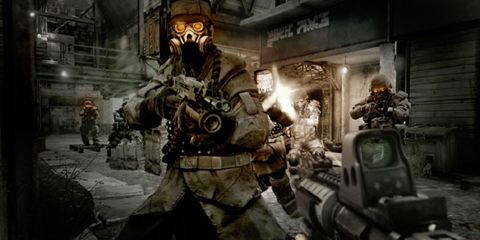