20 October 2009 | By Simon Priest
It has been confirmed that Star Trek Online, the latest MMO from Champions Online developer Cryptic, will be going full warp speed into retail space in next year's first quarter.

"Without giving you the date, which I’m not allowed to give out or else the marketing people will come and smack me in the back of the head, I can tell you that the game will be out the first quarter of 2010," Zinkievich told VideoGamer.com.

"The closed beta is really just right around the corner. I think that there's a press release that's going to go out in just a couple of days," he added. Star Trek Online mixes space combat with ground conflicts too, so yes you get your cool ship and butt kicking away teams.

Expect to be defying the laws of physics and disturbing, or preserving, galactic peace sometime between January and March 2010. Of course you might make it into the beta? 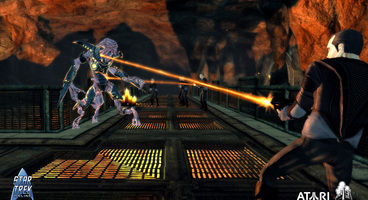 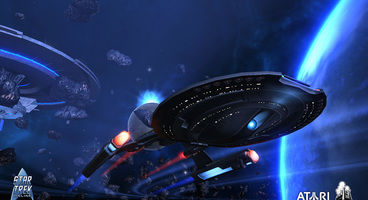