21 October 2009 | By Simon Priest
Those Australian bureaucrats have gone and spoiled Ubisoft's surprise on what their next Ghost Recon release is all about, which has only been half acknowledged by them.

It's due sometime in fiscal 2010 is all we have officially been told, but now we know it's subtitled Predator thanks to the OFLC. Rabbids Lab is also mentioned by Down Under red tape.

According to the OFLC rating, the latest Ghost Recon is strong in violence and a multiplatform release. That's it. Rabbids Lab meanwhile is G rated, because bunnies don't offend.

Ghost Recon: Predator releases next fiscal year, not calendar. Looking forward to it? 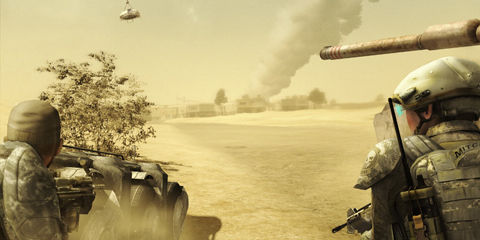