21 October 2009 | By Simon Priest
SCEA president Jack Tretton has claimed that Sony has "only just begun" their offensive of "relentless, rich content" for this fiscal. We've got Ratchet and Clank Future after all.

Not to mention God of War III, MAG, and ModNation Racers coming to PlayStation 3 too. The new PS3 Slim, apple of Sony's eye, "surpassed" one million in three weeks.

"We are in the midst of one of the most exciting times for PlayStation as we continue to redefine entertainment experiences for consumers, both at home and on the go," said Tretton, obviously buoyed by NPD US sales figures that declared PlayStation the winner.

"The best part is that we’ve only just begun an onslaught of relentless, rich content hitting throughout the fiscal year, including Ratchet and Clank Future: A Crack in Time, God of War III, MAG, and ModNation Racers." LittleBigPlanet + kart racing = ModNation Racers.

"In NPD Group’s September 2009 video game sales data, released today, the PS3 ranked as the top console sold for the month, beating out all our competitors. It was also the only hardware platform to realise an increase of 112% when compared to the same period last year."

Told ya, he's thoroughly buoyed. Tretton also gives a quick shout out to the PSPgo. Remember that?

"The PSPgo is driving additional momentum for the entire PSP platform. In its first three days on store shelves, top retail partners experienced a 300 percent lift in overall PSP hardware sales compared to the previous week."

"There simply has never been a better time to be part of the PlayStation family and we look forward to providing you with the best entertainment content and experience for many, many years to come," concluded the SCEA big boss. 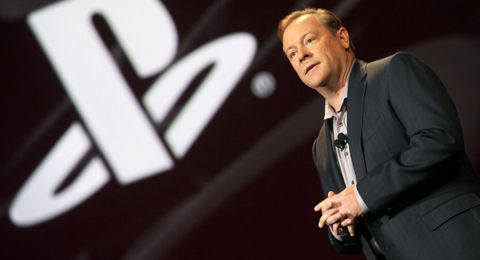