22 January 2009 | By Simon Priest
Gamasutra dishes on the NPD's figures for the top 20 selling software in the US for December 2008. Snake does well with a million plus.

The MGS4 figure doesn't include the game bundle with PS3 consoles so is likely much higher in the millions already. Tomb Raider Underworld scraps in 246,000; poor Eidos.

LittleBigPlanet picked up the pace some in December, outdoing its October release months success by selling 255,000 copies for the holidays. That brings the game to a total of 611,000 sold in the US, reports Gamasutra on the NPD's findings.

Resistance 2 was a little quieter last month with sales down from Novembers launch, it has so far managed to total 598,000 in the US.

June's launch of MGS4 saw a whopping 775,000 sold but doesn't include how many were peddled with PS3 bundles. Since then the sales rate has been much less between July and December but has maintained a respectable rate which is a lot more than can be said for Eidos' Tomb Raider Underworld.

The new Ubi style Prince of Persia landed 483,000 in December's launch of the game collectively over Xbox 360 and PS3. 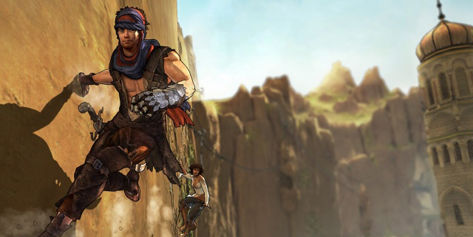