Telltale wants last of LucasArts' "big three", the Day of the Tentacle

22 June 2009 | By Simon Priest
Should Telltale Games and LucasArts own revival of Monkey Island set interests aflame then it would be "a no brainer" to bring back Day of the Tentacle.

CEO Dan Connors of Telltale sees it as one of the "big three franchises," and as they already have the other two (Sam & Max, Monkey Island) they'd love to complete the set.

"We’ll see. It all depends on how it goes. Hopefully it works out for both companies and it just is a no brainer to keep adding the franchises on," said Connors of more episodic goodness, specifically about a Day of Tentacle resurrection. "I would say feasible is a good word."

"Having access to Steve and access to Dave Grossman and everything else... I really love Day of the Tentacle."

To help reign in expectations, Connors points out: "We’re certainly not there yet on it, and we’re just having a “wait and see” approach with Monkey. Hopefully everyone that plays the Special Edition and plays Tales really enjoy what the games bring, which is the great stories and characters of Guybrush and Elaine and LeChuck."

LucasArts' The Secret of Monkey Island: Special Edition arrives this summer for XBLA and PC. Telltale Games' Tales of Monkey Island will begin its episodic run from July 7th on PC and Wii. 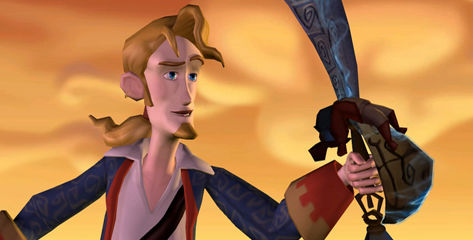