22 July 2009 | By Simon Priest
Ex-president of Blizzard North, David Brevik, has landed himself in charge of Gargantuan Games, which is a part of the newly formed Gazillion Entertainment.

Blizz North is of course responsible for Diablo awesomeness. Brevik will be overseeing the development of the Marvel Universe MMO, and attending a panel at Comic-Con tomorrow.

"I’m a huge fan of comic books, Super Heroes, and MMORPGs, so the chance to lead the creative efforts for the Marvel Universe MMO is an amazing opportunity," said Brevik.

"Gazillion’s mission to bring MMOs to the mainstream while maintaining the depth in gameplay that enthusiast gamers demand is something that deeply resonates with me. Marvel is a perfect fit for this mission, and I couldn’t imagine a better venue to announce our efforts than Comic-Con." The Comic-Con event kicks-off tomorrow in San Diego.

Gazillion CEO Rob Hutter is "thrilled that he’s chosen to bring his vision and design leadership to the development of our landmark MMO franchise with Marvel." Are you looking forward to some online Marvel action, videogamer? 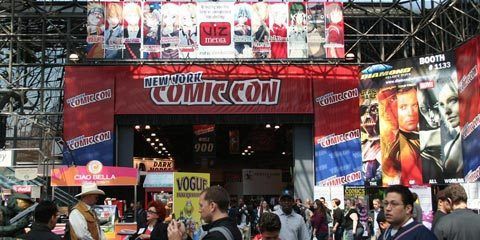 Comic-Con, move over has-been 'comics' the games are coming!