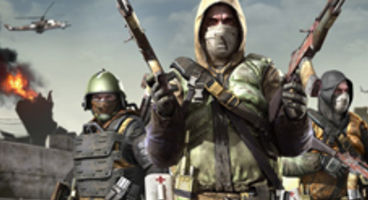 Developer Zipper Interactive have yielded to fan requests for more MAG beta, and so now it'll end sometime this week instead of Friday gone.

In fact Jeremy Dunham of Zipper says the requests were "overwhelming" so they extended it "through the weekend" with it ending soon.

"It may be an overused expression, but the phrase, “Because you demanded it” absolutely applies to what I’m about to tell you," blogged Zipper's Dunham.

"Yes, shooter fans, as clichéd as it may sound, because of your overwhelming requests to extend our beta period, we’ve gone ahead and done it. Originally scheduled to end on November 20, the MAG Beta 4 program will continue on through the weekend and into early next week." He goes on to detail the new beta phase for MAG and its promotions.

Several retailers are being setup with special pre-order offers for MAG, due in January 2010, which will give customers access to the next beta slot period. There are three factions in MAG, with online matches filled with 256 players with 8 player squads.