Roper: WAR's numbers "not bad", must stop comparisons with WoW

24 February 2009 | By Simon Priest
Cryptic's Bill Roper has warned that we should stop comparing all MMOs to the stellar success of Blizzard's World of Warcraft.

He said that Warhammer Online's report of 300,000 subscribers is great, "many games out there" would love that figure. WoW shouldn't be included to see how others are doing.

"I hear half the people are saying, 'Oh gosh, Warhammer looks like it isn't doing so great,' because they said they had 300,000 subscribers. Those are not bad numbers," Roper tells MTV Multiplayer.

He likened Blizzard's MMO to a kid at school who always aces his test. "You have to throw him out of the curve to actually see how everyone else compares because everyone fails when compared to that guy."

"...you can have a few hundred thousand subscribers, do great, keep the company alive, grow it over time and keep it moving. I really think that the biggest challenge maybe is that there’s a much higher expectation now for MMOs."

Roper is no stranger to the MMO as his previous development team, Flagship Studios, launched and failed their own subscriber bid in Hellgate: London. Now at Cryptic he's working on the upcoming MMO Champions Online for Atari, which launches this June. 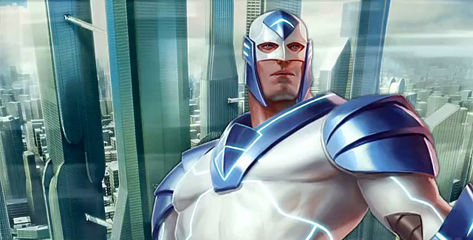