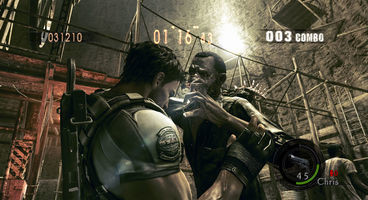 Speaking at Comic-Con, Resident Evil 5 producer Jun Takeuchi revealed that both he and co-producer, Masachika Kawata won't be heading the sixth game in the series, although it hasn't been determined who will be leading it yet.

"it doesn't appear as though either of us is going to be in charge," before saying that he and Kawata were "playing blackjack to decide who is going to be stuck with the responsibility".

Although Resident Evil 5 was entertaining and has sold over five million copies worldwide, making it one of the most successful RE titles to date, we don't think it was as solid as the forth one. What do you think?