Leaked video of Pandemic's Mercenaries MMO, EA is 'on the fence' 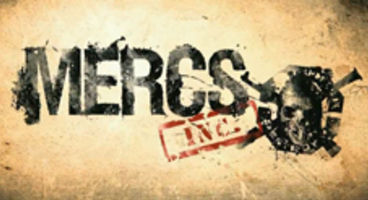 An internal clip of what appears to be Pandemic Studios' work on a Mercenaries MMO project has surfaced. It's called 'Mercs, Inc'.

Visual effects artist Dorian Compo says it's a "multiplayer sandbox game," who was let go. Sources say it's in pre-production at EA LA.

Pandemic Studios is more or less defunct now, though EA claim it's still alive and well but just combined with EA LA. Well that's where the MMO project resides now confirms "an anonymous source" to Bitmob. Publisher EA is yet to offer comment on the clip.

"This was the first demo for Mercenaries Incorporated. Pandemic Studios next multiplayer sandbox game. To bad it was cancelled," posted Compo.

Apparently they haven't decided if this 'Mercs, Inc' should live or die. It might not be a full MMO title but rather an extensive multiplayer feature of a new Mercenaries game, as let's not forget that EA is all about revitalizing those franchises right now. The clip's below.