Paradox Interactive: PC sales makes it difficult for us to consider developing console based titles 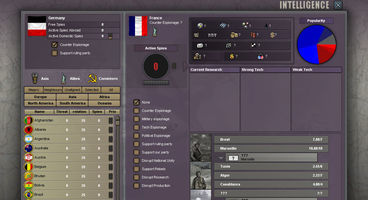 In an interview to be published soon on Strategy Informer, Johan Andersson, lead programmer on the Hearts of Iron and Europa Universalis series, said that PC games are still selling by an insane amount, making it difficult for the company to consider developing console based games.

“It’s been fifteen years since I last made a console game so I don’t know exactly what the hardware limitations would be. I haven’t thought about it, but I don’t know. PC games still sell insane amounts and considering how much online distribution is increasing sales; it’s easier to continue making PC games.” said Andersson.

Check back soon to find out why Britain’s his favourite nation to play as in Hearts of Iron and why there might not be any expansion packs for Hearts of Iron III.

Update: The Interview has now been published here.