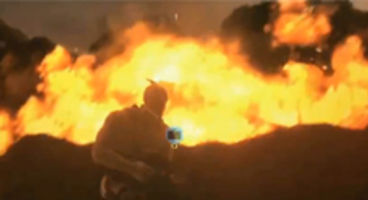 Publisher EA has decided to break the silence and reveal the Mercenaries franchise is continuing, with 'Mercs Inc' as it's next instalment.

Not only that but it's at the "early stages" with Pandemic at their new EA LA digs. This shows EA's commitment to their "rich catalog", they say.

"We are very excited to announce a new instalment in the popular Mercenaries series because it demonstrates our continued commitment to Pandemic's rich catalog of intellectual properties," said EA top executive Nick Earl, reports IGN.

"From the studio at EALA, a core creative team is forging new ground and conceptualizing new ideas for this exciting franchise." There's zilch in the way of specific details on the new game, like platform or features, but we at least know what mayhem Mercenaries is.

A video leaked of the new secret Mercs Inc game, thanks to a visual effects artist posting it on the net, and shows a rather hectic multiplayer mode full of craziness. Excellent.