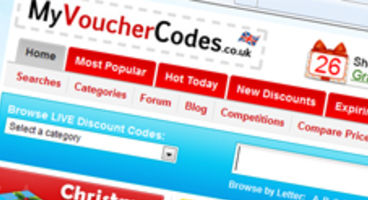 My Voucher Codes UK, a leading discount website, has said how their retail partners are seeing big Xbox 360 gains over the PlayStation 3.

"A couple of months ago, little separated the two in terms of units being sold through our site, but November has seen a huge surge by Microsoft's budget friendly console, backed by a stellar PR campaign," My Voucher Codes UK's Pearson told CVG.

The discount site offers e-vouchers and promotional codes for a number of UK retailers like Game, Gamestation, Currys, Dixons, Comet and the big supermarkets. According to the sites PR machine, possibly thousands of console sales originate from them.

"The PlayStation 3 is undoubtedly a fantastic console, but Brits are still extremely mindful of their bank balance due to the recession, and although they want Christmas 2009 to be memorable, are seemingly more than happy to choose the cheaper option."

"If sales stay at their current rate, the Xbox 360 will outsell Sony's console by three units to one, a marked defeat," Pearson added. "Both companies want their console to be under the Christmas tree this year, but there can only be one winner."

There can be only one, so sayeth Highlander, and that film knew retail sales trends. Meanwhile Nintendo Wii purchases "are down 17 per cent on last year... but it's still beating Sony's PS3 in terms of units sold". Are you rooting for a console 'winner' for '09?