26 March 2009 | By Simon Priest
Jonathan Blow has given a speech at GDC, it was here he aired Braid's development cost which mostly covered hiring an artist.

Braid "was a lot of work" he says, Blow worked an average of "three or four hours" a day on development with "self-imposed crunch periods." Focusing testing "was terrible" for his creation.

"The scores were terrible. And then you could feel the interest in this game at Microsoft evaporating rapidly. They stopped answering my emails quite so quickly," said Blow, speaking on Microsoft's focusing testing process.

"Any publisher who takes a gatekeeper role doesn't necessarily understand what makes a good or bad game in the first place," he noted. "What they greenlight or turn down isn't necessarily in their best interests, even though they think it might be."

As for the two-hundred thousand smackers it cost to make the arcade hit Braid: "...a lot of that 200k was spent because I didn't want to live in a shack somewhere... It doesn't require USD 200,000 to make a game."

"It requires a PC, a dev kit and enough money to live on for the time it takes to develop, plus extra time because it will always slip. If you can live for three years at your Mom's house, you can make a game for free," he said. You got a couple of hundred grand to make a cult hit and earn the mega bucks? 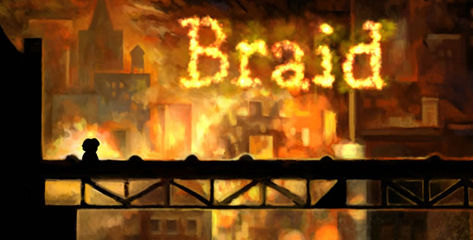