Cryptic sorry, should have detailed the subs offer "more explicitly"

It turns out the developer only had so many allocations to give, which is something not mentioned clearly when it first announced the offer. Never expected it to "be so popular."

"Due to high demand, we’ve only got 1000 Lifetime subscriptions and 500 discounted 6 Month subscriptions left, so make sure you grab them before it’s too late!" wrote Cryptic, which cropped up with this pertinent information somewhat out of the blue.

Naturally the Internet being what it is, and having discovered just how 'limited' this offer really was, snapped up the last remaining allocations and sparked anger among those who missed out. For all intents the deal presented itself as being available to all up until September.

"First, we do sincerely apologize for the rather abrupt end to the promotional offers. It was never our intention to spring that news on our fans or anyone else. In short, we had an allotment of special subscription packages to sell over a fixed time (ending September 1)," said the studio, issuing their apology to the community.

"When we began approaching the offer cap before the date cap, we had to message. Frankly, we never suspected our special offers to be so popular."

"While we did mention that supplies were limited in an announcement post, we definitely should have emphasized our limits more explicitly in all our messaging. Again, we just never expected supply to be any kind of an issue. The community response to our offers has been... amazing."

"It’s hard for all of us here at Cryptic to see outcry in our communities. We work day and night to create the best gaming experiences we can and any missteps – big or small – on the long, winding, and sometimes treacherous path of development are always regrettable," they continued.

"We do apologize for any inconvenience this may have caused you and we do sincerely hope you understand and come play Champions Online with us this September."

Hopefully they'll decide to increase the number of allocations for the lifetime subscription, and reward the core fans who're desperate for everything Champions Online - it would keep their 'as advertised' promise after all... 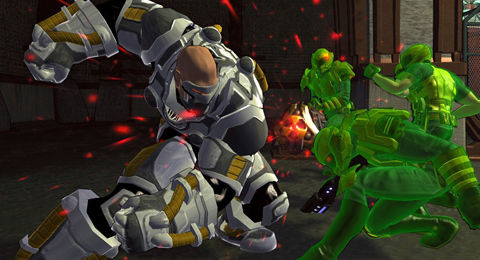