28 July 2009 | By Simon Priest
During the Top Cow Productions' Comic-Con panel a sequel to The Darkness videogame was revealed to be in the works, but not by Starbreeze Studios.

The original developer, which cranked out a fantastic mob piece filled with guns and psychotic tentacles, is "not involved in anything" related to the project. They're busy with EA.

A sequel to The Darkness was given a wink at last year's Comic-Con in New York by Top Cow, but it seems things have taken a while to get together. The original game was released on Xbox 360 and PS3, with it now joining the value games line-up for $29.99.

"I heard that there were talks about a Darkness sequel, but Starbreeze is not involved in anything like that right now. We are busy on two projects together with EA," said Starbreeze CEO Johan Kristiansson, reports VG247. Dang. 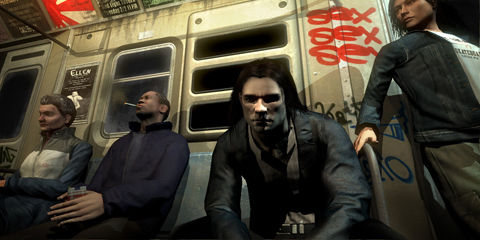