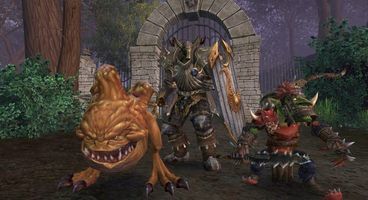 GOA and Mythic Entertainment today announced the new "Call to Arms" live expansion for Warhammer Online: Age of Reckoning. Call to Arms will introduce an array of new content for WAR players, including two highly anticipated new careers - the Orc Choppa and the Dwarf Slayer – and a new dungeon zone called "Land of the Dead," set in the desert realm of the Tomb Kings.

The Call to Arms live expansion, set to roll out for free in early March and running through the beginning of June, will also include three in-game live events, a new Realm vs. Realm (RvR) Scenario, added functionality to the Realm Wars section of the WAR website, the opening of the official WAR Forums, and a new free trial version of the game.

“Since the launch of Warhammer® Online: Age of Reckoning™, Mythic Entertainment and GOA have been committed to bringing European players a rich and enjoyable MMORPG experience“

said Ghislaine Le Rhun Gautier, CEO of GOA. “The integration of these high quality, free 'live expansions' is a testament to both companies' continuing dedication to WAR players in 2009.“

“The launch of Warhammer Online®: Age of Reckoning™ was only the first step in our ongoing quest to make a great MMORPG that players will enjoy for years to come. Over the next few months, we are going to be treating our players to the first of our ‘live expansions’ planned for the game,” said Mark Jacobs, VP and general manager of Mythic Entertainment. “With the addition of new careers and a huge Tomb Kings dungeon that is the spiritual successor to the Dark Age of Camelot™ dungeon, Darkness Falls, Call to Arms is an outstanding example of the massive amount of free content we are committed to delivering to WAR players now and in the future.” 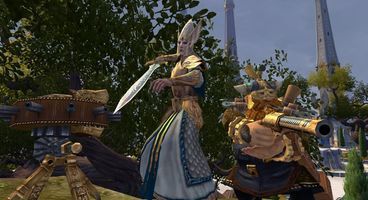 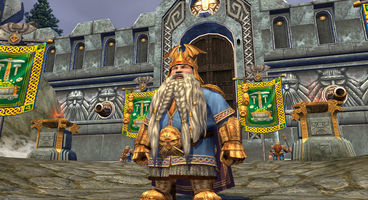 - ‘Call to Arms: Beyond the Sands’ Live Event (April): Details to be revealed soon!

- ‘Call to Arms: Rise of the Tomb Kings’ Live Event (May): The race between Order and Destruction players begins to unlock the Land of the Dead for their Realm.

- ‘Land of the Dead’ Opens (June):The deserts of Nehekhara open to players with the addition of a new RvR-gated dungeon zone. To gain access to the Land of the Dead, opposing Realms must battle for control of the zone to access dozens of new Public Quests, instanced lairs, and a massive new Tomb Kings dungeon to plunder in search of the Casket of Souls.

More details on these and other new features soon to invade the Age of Reckoning will be revealed as the launch of Call to Arms grows near.