30 April 2009 | By Simon Priest
Rise of the White Wolf developer WideScreen says the reason for the title on hold is CD Projekt Red's failure to keep their end of the financial bargain.

Meanwhile CD Projekt's Michal Kicinski has said the payments were behind but only because WideScreen "continued to miss" milestone deadlines, it became "unacceptable".

"After having a payment being broken by CD Projekt - a big payment that we were supposed to receive - and after having committed to the project but not being covered financially on it for three months, I hold no choice but to put the team on hold," WideScreen boss Olivier Masclef told VG247.

However the developer of The Witcher on console has been telling some mistruths according to CD Projekt Red, and they felt compelled to respond.

"It is sad that we cannot talk with WSG in normal business way, but communicate through media. It is absolutely not our style of making business, and we answer here as we feel forced to do this to clarify the unclear information," commented co-CEO Michal Kicinski.

"Truth is that payments were later than originally planned but this was solely due to delays in production. The delays were growing in the project due to WSG continued to miss the deadlines." This meant that the agreement to pay when milestones were reached remained intact, something obviously WideScreen disagrees with.

"Delays and risks of further development by WSG were unacceptable by CD Projekt (this happened even though CDProjekt RED was constantly increasing main team involvement to help in the production)."

"Besides the schedule, technical incapability created a risk of missing planned quality which is absolutely unacceptable. And this brought an end in our cooperation with WSG."

For now the Rise of the White Wolf remains "on hold. We are evaluating all possible options to continue the production."

"Making this decision was extremely difficult and sad as we know that many people are waiting for this project. We do our best to find a way out of this situation," continued Kicinski.

"But final decision must guarantee high quality of the product, otherwise we won’t continue the production no matter what consequences it will bring." 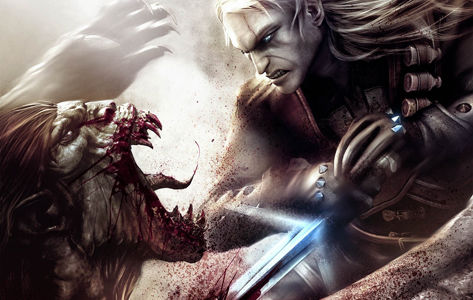